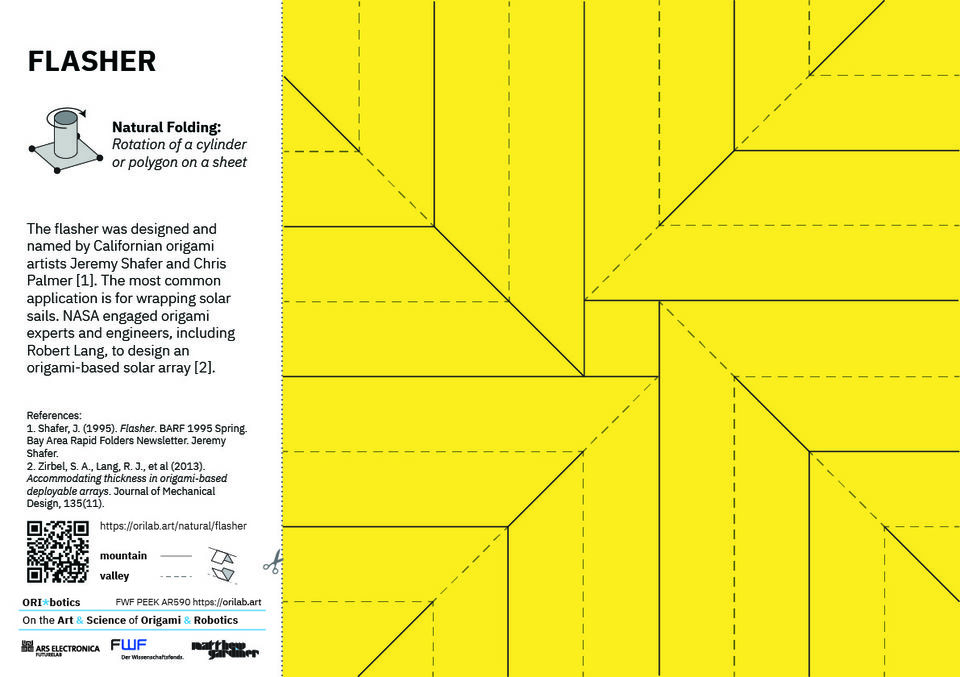 The flasher was designed and named by Californian origami artists Jeremy Shafer and Chris Palmer [1]. The natural folding pattern can be created by placing a cloth on a table and turning a cylindrical object with some downward pressure, forming radial pleats spontaneously. The most common application, beyond origami magic tricks, is for wrapping solar sails. NASA engaged origami experts and engineers, including Robert Lang, to design an origami-based solar array [2]. Huge polygonal folded surfaces wrap around a central cylinder to fit within the small size of a spacecraft. An essential quality of origami patterns is to allow the expansion and contraction of geometry in a very programmable way.

Flasher
Geometry: flat
Force: rotation of a cylinder or polygon on a sheet