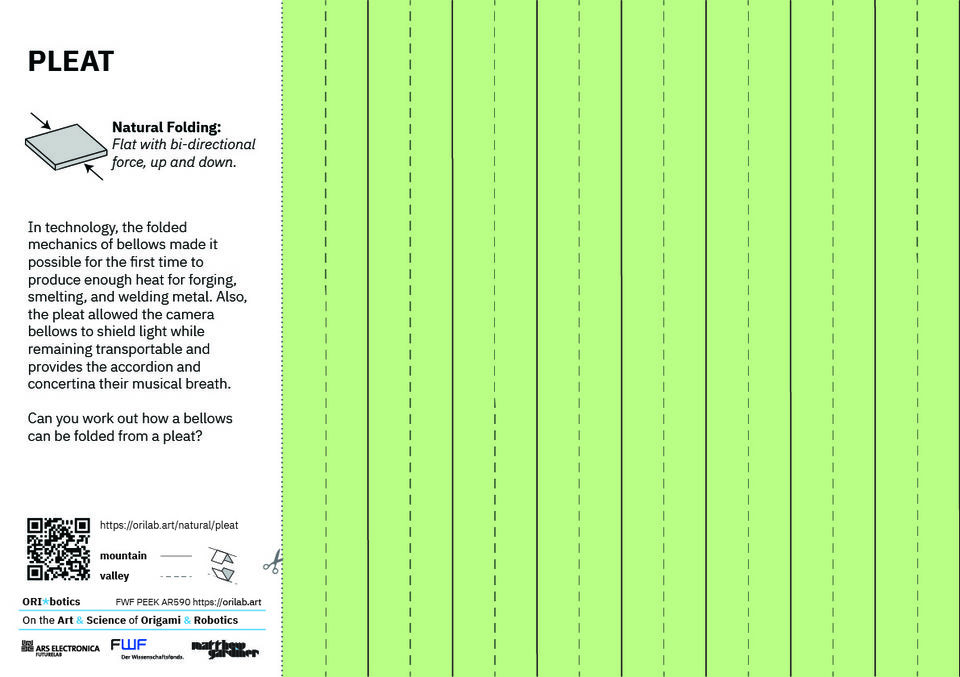 The pleat is the most basic of folds, formed by creasing paper up and down forming a series of mountains and valleys, and yet has so many crucial applications. The logic of this pattern is undeniable. In fashion, pleats in ruff collars were representative for the power and wealth of aristocrats and added flexibility and warmth to the formal kilts of the Scottish.

In technology, the folded mechanics of bellows made it possible for the first time to produce enough heat for forging, smelting, and welding metal. Also, the pleat allowed the camera bellows to shield light while remaining transportable and provides the accordion and concertina their musical breath. Until today the pleat is essential in many technical and mechanical applications like gaiters in trains and motorcycles or the folding technique for airbags. The simple pleat is fundamental to thousands of years of artistic, social and scientific advancements. This work is was produced with funding from FWF PEEK Grant AR590 and presented in the Ars Electronica Center Material Lab as part of the 25th Anniversary of the Ars Electronica Futurelab.