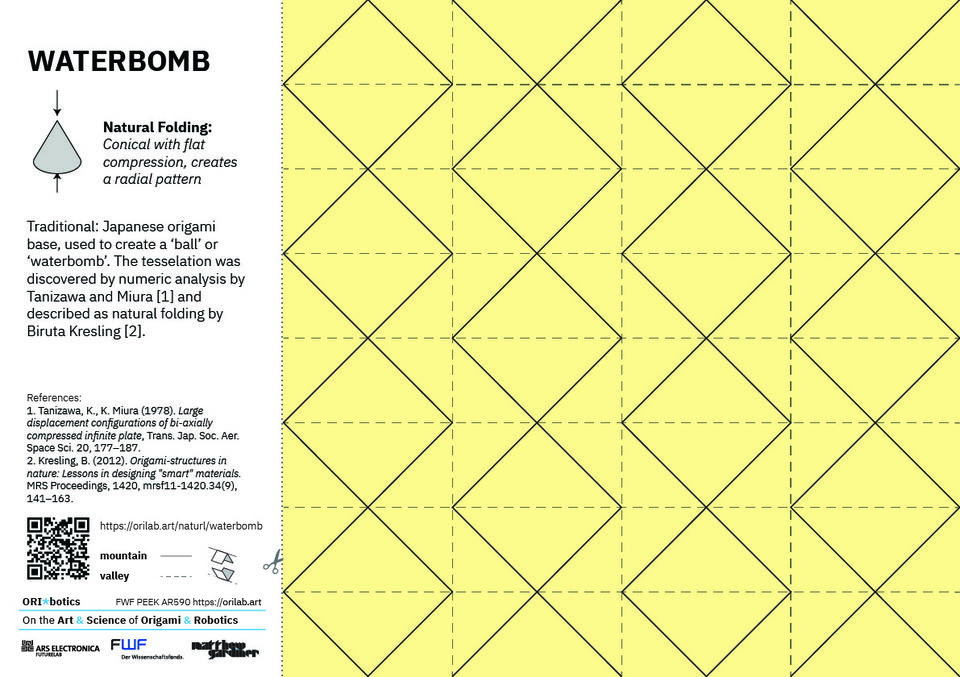 The waterbomb is so-named from a traditional Japanese inflatable ball-like design. The tesselation itself appears to have several origins in literature. Biruta Kresling, however, discovered a method for creating the pattern via natural folding. The experiment was inspired by pinecones and found that a conical shell, when pressed flat, resulted in the waterbomb pattern [1]. The waterbomb has been used for a patented heart-stent design by Kaori Kuribayashi and Zhong You [2]. Matthew Gardiner found that a radial version of the pattern created a beautiful curved surface in oribotics [the future unfolds] [3] during an artistic residency in the Ars Electronica Futurelab. Marco Salerno has recently applied the waterbomb to a 3-degree-of-freedom "origami wrist" for microsurgery [4].